Drugs rule everything around me,
Fiend
Get the powder,
Drink another beer ya'll

I keep it underground, like showbiz and a.g
Like Neckro, cut you like Kid Capri
They call me Diablo let the gun smoke
Like Rakim say, kid I ain't no joke
I think when I'm not city scapin this
If it's a law kid, we be breakin' it
2001 we makin hits
So one for the treble
Two for the bass
Three for the nights that puts a lump in your face
The streets might said I could never do
Catchin motherfucking bullets for the crew
I ride for my niggas
Die for my niggas
Catch, abide, and get high on my niggas
The bitch back breaker rappin decapitant
Diablo, eagles, MC, eliminate
What up playa? MC, Slayer
Kill you in your dreams, muffle your screams
Put you in the earth, make you shake like a fiend
Reppin three letter which are D.M.S
Spit fire and burn the hairs off your chest

It's Mr. hard to get along with
You wanna write a song with
Any given time you can catch me with a bomb bitch
Think you catch me slippin?
I think you better stop bitch
I'll slip like Sugar Shane and leave your motherfuckin wig split
Step back before you get smacked, no runnin' from it
You too, I'll take you to school, you ain't above it
I stay raw, hardcore, have you screamin "no more"?
Bust you in the face, point and laugh while your blood pours

Mr. Bigshot, latino Gambino, rest in peace to my brother King Gino
You can catch me on the West Coast, with a fly-ass stripper tied to my bed-post
Lookin' like Alicia Keys on her knees, lickin' the bag, just for a freeze
Ya know it's me baby caught you scrapping like it's nessesar
Drinking, grab the coke, at the end of the bar
We thug-killers, Ice Grill-as, who already out like a pack of gorillas
You and your man get the fam, must be jokin'
Must be the dust you be smokin'
Call you straight up Cho Cha I gon ta heavy metal smoke-ya
Stomp your ass like a roach-a
Playing like ya moms, hit ya with the chancleta, Repa!
Leading your man down to the coffin
Trapped in a dazzel like Christopher Walken
Now look who's talkin', set me off
They're dumb like a fuck with a cool-aid smile danny diablo 'k, the devil's child

Drugs rule everything around me,
Fiend
Get the powder,
Drink another beer ya'll 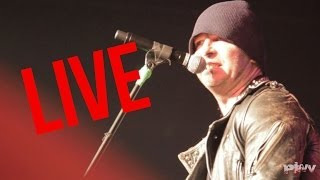