Who is this Box Car Racer? You mean you don't know? What's a matta with you? Ok... Box Car Racer is Tom and Travis' side project. Tom along with Travis wrote all the material with all lyrics written by Tom. And you can see them LIVE!
This is your very first chance to see Box Car Racer LIVE and in concert in a small venue. YOU DONT WANT TO MISS THIS!
See them perform at:
The Epicenter in San Diego on Monday April 1, 2002.
The Glass House in Pomona on Tuesday April 2, 2002.
The Whisky a Go Go in Los Angeles on Wednesday April 3, 2002.
Tickets WILL go fast and these are VERY SMALL venues, so get them while you can. These are three shows you DON'T want to miss out on!
This is an All Ages Show, Tickets are $15 and available only through Ticketmaster starting this Friday, March 22, 2002 at 4:00PM
Box Car Racer's self-titled album is set for a Summer release.

As if touring the world, racking up hit single after hit single, getting married and enduring back surgery isn’t enough to fill his time, blink-182’s Tom DeLonge has spent his few free moments writing and recording material for a side-project named Boxcar Racer, which will be released by MCA Records on May, 14, 2002.
Says DeLonge, “This record is directly influenced by the bands that mean the most to me – Fugazi, Refused, and, of course, blink-182. It’s a tribute to the music that made me want to be in a band in the first place.”
DeLonge wrote all the material, played both lead guitar and bass, and sang on the yet to be titled album. Rounding out the band is blink-182 drummer Travis Barker (who also provided arrangements for several songs on the album), and Dave Kennedy, from punk band Over My Dead Body, on rhythm guitar. A bass player will be selected shortly for the band’s live performances. Additionally, Mark Hoppus, the other third of the blink-182 trio, lends his voice to one track on the album. Explains DeLonge, “Mark is really supportive (of Boxcar), and having his vocals on it means a lot to me.”
Boxcar Racer, who began recording in December, is currently in post-production at San Diego’s Signature Sound. Barker’s drum tracks were recorded at LA’s Larabee East, and the rest of the album was recorded at Signature Sound. Jerry Finn, who has produced the last three blink-182 records (as well as albums from Green Day, Sum-41, etc.) also took the helm for Boxcar Racer.
blink-182 will be hitting the road this spring/summer on the “Pop Disaster Tour,” co-headlining with Green Day (Jimmy Eat World opening). Prior to “Pop Disaster,” Boxcar Racer will schedule a run of live shows. DeLonge enthuses, “We’ll be playing smaller venues then Travis and I have played in a long time. This is going to be really fun. Kids are going to be stoked and so are we.”

Song Of The Day 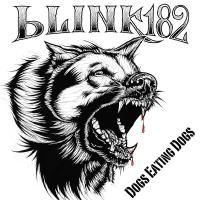 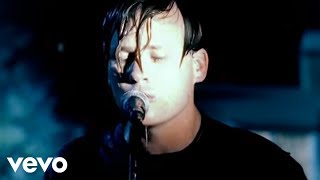